Home / What Does Vitamin D Do 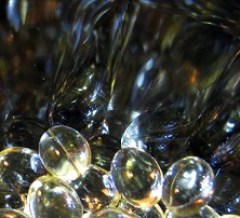 Many people have asked about vitamin D and if it can benefit them.Â  What does vitamin D do?Â  Is vitamin d3 the same as vitamin d2?Â  We’re going to go over all of these questions and more right here.Â  We will Look at the different types of vitamin D and whether they work or not, and some that can even hurt you.Â  That’s not all I have to say about it either, so pay attention!

Known as a fat soluble prohormone (enhances hormones), vitamin D is a steroid vitamin.Â  Most people know about it’s encouragement of the metabolism of phosphorus and calcium in the body.Â  But that’s not all it does as you will see later.Â  It enters the body through sunlight, proper nutrition, and supplementation.Â  Here are several different forms that we know of:Â  Vitamin D1, D2, D3, D4, and D5.Â  The ones that I’m going to talk about today are D2 (ergocalciferol) and D3 (cholecalciferol).

Is vitamin D3 the same as vitamin D2?Â  There is a lot of confusion about the effects of D3 vs. D2.Â  Most experts that don’t work for a pharmaceutical company agree that D3 is what your body needs most.Â  It is the natural version and is better absorbed by the body and much more potent, as well as inexpensive.Â  You see, vitamin D2 is not natural to humans.Â  It is produced through ultraviolet exposure of foods and irradiating fungus and plant matter.Â  This process was patented by the drug companies around the 1920’s and remains the main source of vitamin D in prescription vitamin supplements.Â  To be fair, it was effective in it’s use of curing rickets in the past, but there is now newer research about the matter and D3 is what you want.

Is vitamin D3 really better?Â  YES!Â  Vitamin D3 is converted 500 times faster than vitamin D2.Â  It also has a longer shelf life and is more easily stored in the body.Â  Cost is one other thing to look at and –you guessed it– Vitamin D3 is much more affordable since you don’t need a prescription for it!Â  You can even get some by simply walking outside.Â  Your body naturally makes vitamin D3 on it’s own!Â  The key is exposure to the sun.Â  That’s right, our skin absorbs the UV-B that is in normal sunlight and converts it into vitamin D3.Â  It’s recommended that you get healthy amounts of sunlight to keep your levels at an optimum level.Â  Just don’t over do it and get burned!

It is now widely known that vitamin D3 benefits many aspects of your heath.Â  There are 30,000 genes in the body and vitamin D3 influences over 2,000 of them.Â  Every organ and every cell in your body has receptors for vitamin D.Â  This means that it is involved with core processes everywhere in the body.Â  It is also used by cells to regulate genes. Â  Wow,Â  what a powerful vitamin!Â  For starters it has been shown to:

The list above is only a small example of what science is finding out about the effects and benefits of vitamin D.Â  Lets take a look at how it can help the immune system.Â  Vitamin D is a potent immune system modulator. The vitamin D receptor (VDR) is expressed by most cells of the immune system, including T cells and antigen-presenting cells, such as dendritic cells and macrophages.Â  It is a very strong antibiotic because it increases antimicrobial peptides.Â  Over a century ago, before antibiotics and other medicines were discovered, TB, lupus, and psoriasis were treated with sunlight by sitting the patient in a solarium.Â  No joke, and most actually got better!Â  Remember when I told you that sunlight reacts with the skin to produce vitamin D3 naturally in your body?Â  This is just one example of that.Â  Here ore some other examples of what D can have positive effects on:

What kind of blood test do I take for vitamin D3 levels?Â  Before going out and getting a crazy amount of vitamin D3 supplements,Â  you should perform theÂ 25(OH)D test.Â  Doctors have been known to order a 1,25-dihydroxyvitamin D test. This is the wrong test as it cannot determine vitamin D deficiency.Â  So, again you need to make sure that you get the 25(OH)D test also known as the 25-hydroxyvitamin D test.

As I’ve looked around, the best test out there is called the DiaSorin test.Â  This is considered the “gold standard” in testing because it is what all research on vitamin D has been based on.Â  If you are having trouble finding someone that does this test it’s OK, I recommend that you go to LabCorp and ask for the 25(OH)D 25-hydroxyvitamin D test.Â  Next, make sure that it is calibrated with the DiaSorin measurements and standards.Â  They should be, but just make sure! It’s important!Â  Note:Â  I have heard that Quest Diagnostics labs are giving bad results so don’t go there.

How do I know what dosage is right for me?Â  The optimal range for most people is 50â€“80 ng/mL.Â  This is where you want to keep it at.Â  The catch here is that not everyone is the same.Â  People that have significant deficiencies will need way more supplementation then the average healthy individual.

Researchers found that a supplemental dosage of 9,600 IU of vit D per day enabled 97% of patients to reach 40 ng/ml in their blood.Â  The National Academy of Sciences states that 4000 IU/day of vitamin D is safe for daily use by adults and children nine years and older.Â  They also revealed that 1000-3000 IU/day was safe for infants and children through age eight.

Vitamin D3 overdose symptoms:Â  It is possible to overdose on this!Â  Although many have over reacted to the possibility of overdose, it is a danger that you should take seriously.Â  The vitamin D blood toxicity level is 200 ng/ml.Â  Symptoms include:

Diagnosis of an overdose can be quite difficult because of the few and rare symptoms that identify it.Â  That’s why it is so important to get your blood tested for D levels and use the recommended dosages that you and your doctor agree upon.

Root Canals Are Bad For Your Health

Monsanto’s Corn Approved Despite Dangers Of GMO From Testing

What Are The Best Immune System Boosters